Rhodium price rises 32% in first few days of this year 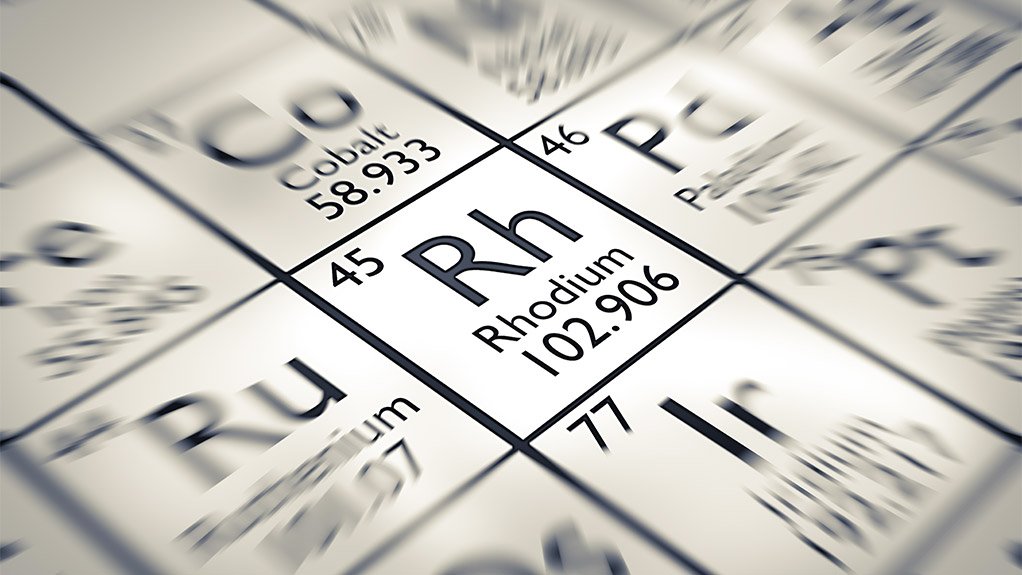 Platinum-group metal (PGM) rhodium recently “astounded” the global market by reaching $8 200/oz on January 8, before pulling back slightly, marking a 32% rise in the first few days of this year, and a 225% rise year-on-year, Afriforesight precious metals and related commodities head Jason Welz has said.

Simultaneously, palladium is up 9% so far this year and up 60% year-on-year, while platinum has lagged, falling by 2% in the year-to-date but increasing 15% year-on-year.

This most recent rise in the price of rhodium, according to Welz, has been driven by a combination of signs of electricity shortages in Southern Africa that has reportedly curbed supply, as well as the positive sentiment on car and autocatalyst demand owing to an imminent US and China trade deal, which is expected to be signed later this month.

This trade deal is expected to support a recovery in ailing global car sales, which have suffered in recent years.

Despite this, and rhodium being a performing catalyst metal, Welz warned on Friday that “there is some risk of a large rhodium price correction”.

He elaborated in a statement that the risks to the sustainability of these high rhodium prices include major speculative purchases or if end-users were “stockpiling rhodium in anticipation of future shortages”.

Another possibility, Welz added, could be that the market has been moved by only a few trades.

“In either case, the price could collapse in the near future as apparent short-term supply constraints ease,” he warned, adding that the lack of rhodium futures trading, as well as the market being non-transparent, adds to the potential for the price uncertainty.

On the supply side, stagnant platinum prices have seen very little response from South Africa, where platinum, palladium and rhodium are mined in conjunction.

According to Welz, even palladium’s concurrent rally with rhodium “did little to encourage investment in greater production”.

This, Welz pointed out, was owing to the rhodium-heavy upper group two reef in South Africa having high platinum and low palladium ratios, while Zimbabwean operations, accounting for about 14% of global rhodium production, are plagued by their own political and economic constraints to expansion.

Meanwhile, North American and Russian palladium mines bear minimal rhodium output and, as a result, a higher platinum price would be key to encouraging a greater proportion of rhodium in global PGM production, Welz suggested.

With coverage of the rhodium market considered to be “very limited”, despite the contribution the mineral makes to the South African economy, he indicated that the rhodium price had “had a stellar run” over the last few years, particularly in 2019, in the context of stagnant supply and growing demand.

He added that autocatalyst demand, which accounts for 85% of rhodium use, has increased rapidly despite struggling global car sales. This rise is mainly owing to manufacturers having to use greater metal loadings per car to meet tightening automotive emission standards in many regions, including China, Europe, the US, India and Japan.

“In recent times, rhodium demand has outpaced other PGMs as tightening legislation has increasingly focused on reducing nitrogen oxide emissions, for which rhodium is the most effective of the three PGMs used in autocatalysts,” Welz commented.

In an email response to Mining Weekly Online, Welz highlighted that, despite some market misconceptions, rhodium, rather than palladium, has led the South African PGM basket price appreciation over the last year - up around 70%. Of this 70%, Welz said that rhodium contributed about 40%, palladium 24% and platinum 6%.

"However, in Zimbabwe and especially Russia and North America, palladium has been far more important."