Taseko gets multiyear ‘NOW’ permit for contentious New Prosperity mine 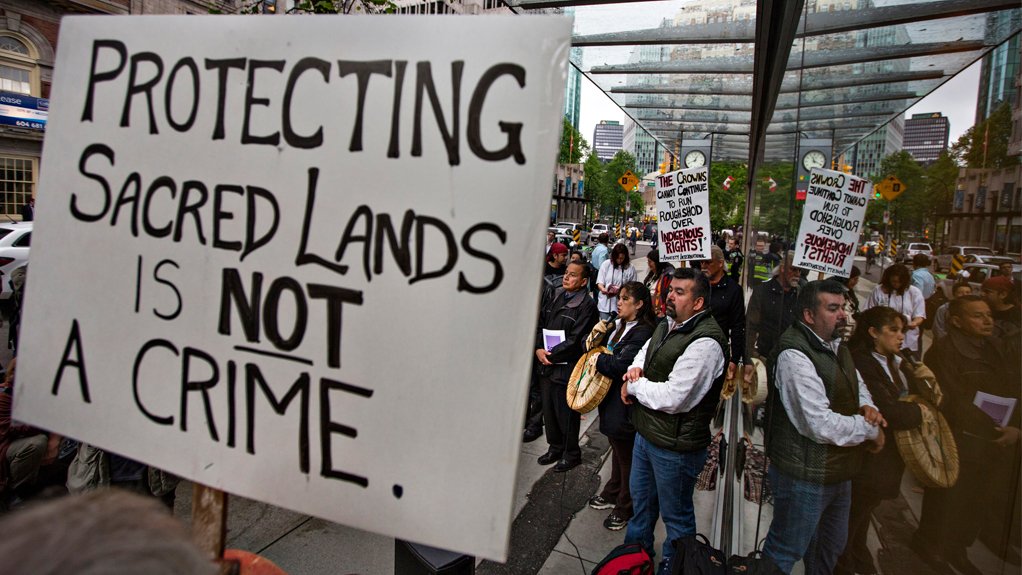 VANCOUVER (miningweekly.com) – The provincial government of British Columbia has issued Taseko Mines with a multiyear Notice of Work (NOW) permit that will allow the base metals producer to undertake a site investigation programme at the New Prosperity gold/copper mine.

The mine project, which has been nixed twice by the federal government, has drawn the ire of First Nations impacted by the project, calling the move “shocking” and vowing to challenge the British Columbia-issued permits in court.

“This is a typical move by the Liberal government. They are a dead political party trying to mount a dead horse and hoping to ride it to a comeback. One thing we are demonstrating as Tsilhqot’in is that, if you threaten us, our homes, our culture – that’s when you’ll see our real strength,” Tsilhqot’in national government tribal chair and Tl’etinqox chief Joe Alphonse said in a press release.

He argued that the project area was a “very special place” for his people. “For British Columbia to authorise more drilling and destruction for a project that has been rejected and can’t even be built – this is the type of attitude we have had to fight for over 150 years and counting. We won’t stand down now,” he added.

“We are in shock. In the midst of British Columbia’s worst crisis in decades, while our elders and children are threatened by wildfire, [the province] decides to add insult to injury by granting these permits,” stated Xeni Gwet’in First Nation chief and vice-chair of the Tsilhqot’in national government Roger William.

“British Columbia disregarded the immense record showing the importance of this area for our culture and approved extensive ground disturbance for a mine that cannot lawfully be built.”

PRE-CONSTRUCTION EXPLORATION
Taseko said on Tuesday that the NOW will allow the company to gather information for advancing mine permitting under the British Columbia Mines Act.

“The development of New Prosperity would be an economic catalyst for the struggling communities of the Cariboo. In authorising Taseko to do this work, the government of British Columbia is giving us the tools needed to move the project towards its ultimate development,” said Taseko president and CEO Russell Hallbauer in a statement.

Taseko maintains that future development has the potential to create 600 permanent jobs for the local community and C$1-million-a-day in economic impact. It also believes that the combination of employment and spending means that New Prosperity will create C$12.7-billion of provincial gross domestic product, as well as increase provincial revenues by more than C$4-billion and federal revenues by over C$2-billion during its life.

Taseko said it had been working with the ousted provincial government for ten months to plan specific details of the work plan, paying attention to detail to ensure all necessary steps had been taken by the parties to fully meet their respective obligations under the permit, including those duties related to consultation with local First Nations.

But Chief William disagrees, saying that these permits call into question the provincial government’s commitment to indigenous peoples. “It is an insult to the Tsilhqot’in people and to this new era of truth and reconciliation.”

LEGAL ACTIONS
Located 125 km southwest of Williams Lake, and similar in size to the company’s idled nearby Gibraltar mine, which has been halted owing to wildfire risk, Prosperity is believed to be among the top 20 largest undeveloped gold/copper deposits in the world.

The proposed 27 km2 mine will be built in the Fish Creek watershed, using Fish Lake and Little Fish Lake as a tailings impoundment facility. The watershed drains into the Taseko river.

Subsequently, Taseko has initiated two judicial reviews that were heard in federal court in January, focusing on the principles of administrative and procedural fairness. Taseko alleged that the federal government, through the conduct of the environmental assessment and the ensuing project rejection, failed in its obligation to uphold those fundamental principles.

A decision is expected from the court in six to nine months.

Taseko has also filed a civil claim in the British Columbia Supreme Court against the federal government, seeking damages in relation to its February 25, 2014 rejection of the New Prosperity project. It argued that government failed to meet the “legal duties that were owed to Taseko and that, in doing so, they caused and continue to cause damages, expenses and losses to Taseko”.

Taseko is also proceeding with its request to amend the British Columbia environmental assessment certificate for the project.

Yunesit’in Chief Russell Myers Ross said he was "speechless" over the timing of the permits. “It defies compassion that, while our people are fighting for our homes and lives, British Columbia issues permits that will destroy more of our land beyond repair," he said.

NOT CAST IN STONE
However, the permit is not cast in stone and, on Tuesday, British Columbia swore in a new New Democrats Party- (NDP-) led government under John Horgan as the province’s thirty-sixth premier. He has appointed Michelle Mungall as the province’s new Energy, Mines and Petroleum Resources Minister.

The NDP, in cooperation with the BC Green Party, has vowed to fight and potentially reverse previous Liberal federal (under Prime Minister Justin Trudeau), and provincial Liberal party (under former Premier Christy Clark) approvals granted to projects, such as the controversial twinning of the Kinder Morgan crude oil pipeline, between Alberta and Vancouver, which will triple capacity and open new export markets for the country’s oil industry.

The incoming administration will take some time to transition into its new role, before its position on the project crystallises.