AngloGold embarking on process to dispose of South African assets 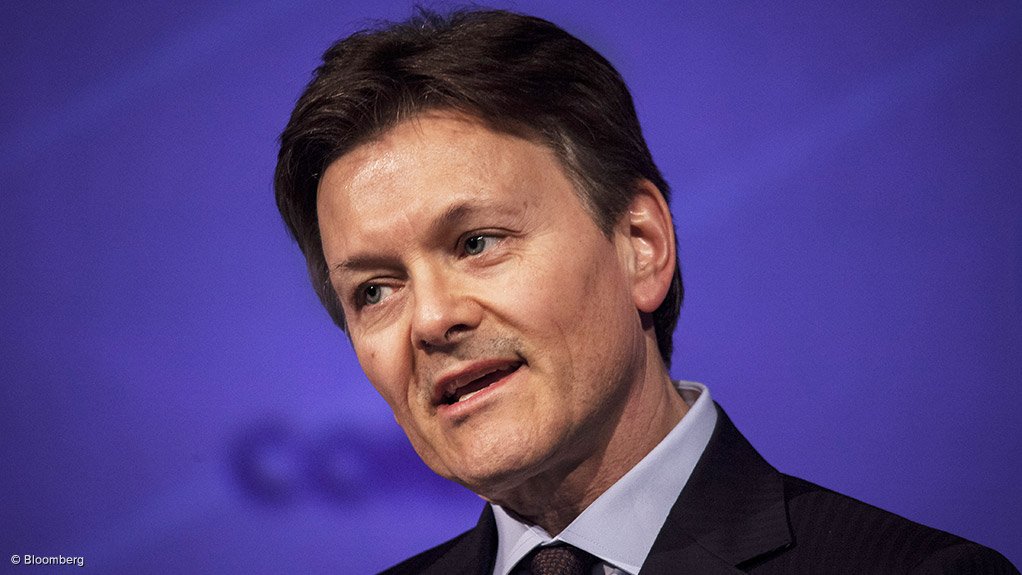 JOHANNESBURG (miningweekly.com) – Iconic South African gold mining company AngloGold Ashanti said on Thursday that it was embarking on a process to review divestment options for its remaining South African assets.

The company, headed by CEO Kelvin Dushnisky, said the process would consider all ownership options, with a view to maximising the value and future prospects of the underground Mponeng gold mine, and surface rock dump processing business and mine waste retreatment operation, Mine Waste Solutions.

AngloGold, which employs 6 000 people in South Africa, 5 500 of them at the assets, said this was in line with its disciplined approach to allocation of capital and other resources to ensure that it generates maximum value for all its stakeholders. Government has been updated on the announcement of the sales process. The company has also met with the four labour unions involved and its intention is to ensure that stakeholders are informed as the process unfolds.

Trade union Solidarity expressed disappointment at the announcement, which it said would cause major uncertainty among employees and directly impact employee morale.

The company already has processes under way to find buyers for its holdings in the Cerro Vanguardia mine, in Argentina, and the Sadiola mine, in Mali, where bidders are actively conducting diligence.

A decision on the investment to extend Mponeng’s life beyond the current eight-year 2.8-million-ounce reserve is scheduled to be made in the next 18 to 24 months, with improved margins from anticipated higher grades within this new mine area. The grade of Mponeng’s 11.6-million-ounces reserve is around 9.9 g/t with an additional 20-year life-of-mine. The current mine lease extends to 2037. The complementary Mine Waste Solutions has a reserve of 5.2-million ounces.

“We want to be clear about something. This is a premier gold asset package in South Africa. These are well capitalised and well-run operations, with excellent orebodies. Despite that, competitive, higher-return options available in our portfolio, mean it is unlikely that we’ll invest in that mine-life extension,” Dushnisky told Mining Weekly Online during a media conference call.

The proposed Phase 2 extension of the Mponeng mine in Gauteng involves deepening the secondary shaft to increase the life of the operation.

“In keeping with our strict capital allocation guidelines, and with the best long-term interests of Mponeng in mind, we’ve taken the decision to consider our options with respect to the ownership of the full asset package. The distinct parts of that portfolio have complementary characteristics. We believe they are likely to remain as a unit. We will, of course, keep all stakeholders current during this process and will be guided by our values, as we look to ensure the best possible outcome for our stakeholders,” Dushnisky said.

AngloGold last year concluded the gross R3.574-billion sale of its Moab Khotsong gold mine, in the North West, and related assets and liabilities, to gold mining company Harmony Gold, as well as the separate sale of the Kopanang gold mine, in Gauteng, and related assets and liabilities, to investment company Heaven-Sent SA Sunshine.

In the quarter ended March 31, the company reported lower production of 752 000 oz, reflecting normal seasonality as well as marginally lower production from certain assets. Its Geita, in Tanzania, Iduapriem, in Ghana, Tropicana, in Western Australia, and Kibali, in the Democratic Republic of Congo (DRC), performed well and all-in sustaining costs (AISC) improved 2% year-on-year to $1 009/oz.

The company is benefiting from strong second-quarter production, with most notable improvements in South Africa, Brazil and Tanzania, which is set to lower production costs.

The first-quarter suffered free cash outflow of $109-million, up on the $70-million outflow of last year’s corresponding quarter. There were no fatalities and shortly after quarter end, the company reached a full 12 months without a fatal accident at all operations for the first time in its history.

AngloGold, which stated that it is “single-mindedly” focused on unlocking value responsibly, intends doing so by improving margins, allocating capital carefully and ensuring that it has a fit-for-purpose portfolio.

The investment criteria articulated since last year is a 15% internal rate of return using a $1 200/oz gold price, which it applies to organic projects as well as new developments.

In the case of the South African business, the restructuring has been successful, the operations are running well and there is a lot of value in the assets, but as it studies the other opportunities in its portfolio in the universe of limited capital, the other options in the portfolio present a higher return, which is why it will focus on those and consider divestment options for the South African business.

With regard to its Johannesburg Securities Exchange (JSE) listing, Dushnisky assured Mining Weekly Online that the company’s Johannesburg “centre of excellence” would stay and the company would always have a JSE listing as well.

“At some point in time, if it makes sense for us to consider a primary listing in international exchanges, again, we don’t take anything of the table, but for now we’re really focused on going through this process thoroughly,” he said.

A timeline has not been imposed on the disposal review process. “We’re going to run a very thorough process and I can’t give a sense with respect to time at this point. We will be looking for companies such that we can place the assets in strong hands, that means having financial and technical capabilities. Because the process is just initiated, we have to wait and see who surfaces as potential bidders.”

On what AngloGold would do with the proceeds of the sale of the South African assets, he said the company would continue to chip away at debt. It has a new leverage target of one times net debt to earnings before interest, taxes, depreciation and amortisation (Ebitda) through the cycle. It would be reinvesting back into the business and then returning value to shareholders.

Key projects remain on track and within budget. Obuasi, in Ghana, remains the main area of growth development focus for this year as the company works towards its first gold pour at the end of 2019.

The Siguiri combination plant in Guinea is ramping up towards full production in June. At Tropicana, decline development at Boston Shaker is about to begin, with mining of the first stope expected in August 2020.

The continental Africa region delivered an 8% year-on-year increase in gold production to 338 000 oz at an AISC of $969/oz, with Kibali delivering a 21% increase in production, Iduapriem a 12% increase and Geita an 11% increase.

AngloGold's operating partner at Kibali, Barrick, continues to engage with the DRC government and administration on the issues around the new mine code introduced in 2018, in order to ensure that the mining code equitably balances the interests of the DRC government and the capital providers to allow both to participate fairly in the value creation that the mining industry offers.

Iduapriem's strong production performance is attributable to higher recovered grades in Teberebie cut 1 and cut 3 which, together with a lower stripping ratio, contributed to 15% lower cash costs. This more than offset higher processing and other costs, including dewatering costs incurred to repair the old pumping infrastructure in preparation for the rainy season and those incurred to safeguard the existing tailings dam wall, as planned.

Geita's production was supported by average recovered grades of 3.58 g/t, compared with 2.44 g/t in the same period last year, which helped to offset the lower throughput due to planned maintenance on the ball mill during the quarter. This increase in grades was due to planned higher feed grade as ore was being sourced from Nyankanga block 5 and Star and Comet cut 2 underground operations.

Siguiri’s production decreased 18% year-on-year as a result of limited flexibility during the commissioning of the carbon-in-leach plant. Total cash costs were impacted by the lower volumes treated and higher utilisation of oxide stockpile ore tonnes compared to the previous period. Mine grades are increasing on higher volumes of fresh rock material feed following the commissioning of the hard rock crushing and milling circuit in the latter part of the quarter.

In Mali, production remained flat at 22 000 oz for the first quarter of 2019, compared to the same period last year. Morila saw an increase in recovered grade on material mined from the Viper pit, partly offset by a 27% decrease in tonnes treated as a result of treatment of harder ore compared to the blend of softer tailings and oxides treated in the previous period. At Sadiola, the mine continued with the stockpile treatment plan.

Production in the Americas region was 165 000 oz at a higher AISC of $967/oz. In Brazil, Mineracao’s production was down 8% year-on-year on lower grades and a regulatory work stoppage at Corrego do Sitio following the tailings dam wall collapse at Vale. At Serra Grande, production was lower but costs benefited from favourable gold inventory and exchange rate movements.

The South African operations produced 91 000 oz at a lower AISC of $1 197/oz. At Mponeng, 15% lower production was due to limitations on face length availability as a derisking process was implemented to manage seismicity in the above 120 Level mining area. Seismicity remains closely monitored and continuous work is undertaken to manage the hazard in the normal course of business.

Mponeng's employees are responding positively in the transitioning phase of the new shift arrangements, which enable increased face time. The early results observed include safety improvements, increased blasting frequency and a better-than-anticipated rate of face advancement. Production was lower at Mine Waste Solutions owing to intermittent power availability from Eskom and inclement weather, which impacted all of the region's surface operations. This had an adverse impact on tonnages processed and plant stability, ultimately impacting metallurgical efficiencies. Plans are currently being executed to increase delivered grades to recoup some of the lost gold production. This will be done by optimising the mining mix through more efficient blending of feed sources and improving metallurgical efficiencies in the processing plant.