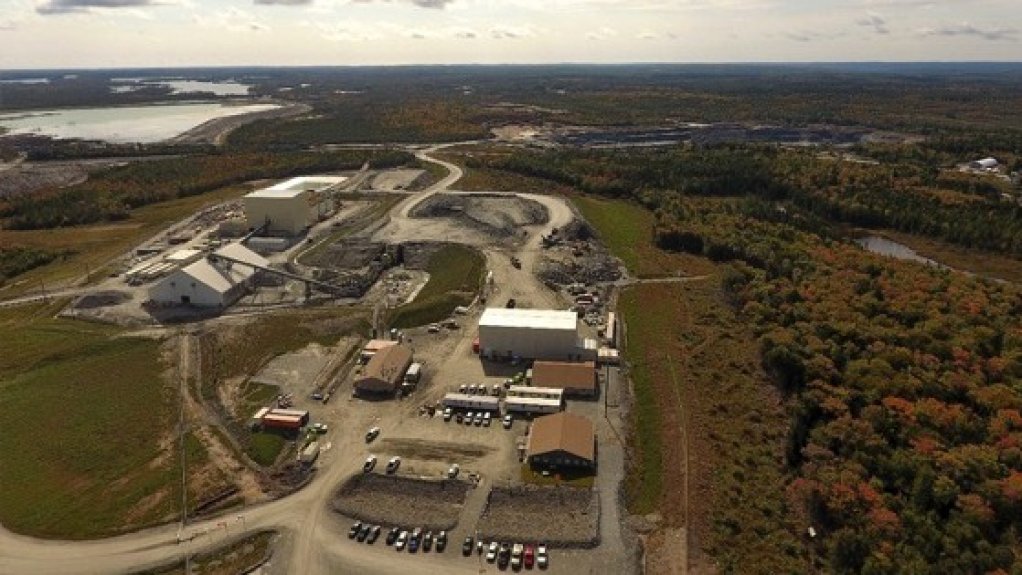 St Barbara on Wednesday announced plans to acquire all of the outstanding shares in Atlantic for C$2.90 a share, implying an enterprise value of C$802-million.

Atlantic, which owns Moose River in Nova Scotia, closed at C$2.09 a share on Tuesday in Vancouver.

Moose River comprises one producing openpit pit mine and three other mines that are currently in development. Commercial production was declared in March last year, with the operation producing 91 000 oz in 2018, with production expected to expand to more than 200 000 oz/y as the other three pits are developed.

“The addition of Moose River to the portfolio diversifies St Barbara’s production base with a low cost producing asset in a very favourable and prospective jurisdiction. It is a sustainable long-life operation of scale with a low all-in sustaining cost position which generates impressive margins. The asset also has significant growth potential which St Barbara identifies as an exciting opportunity.”

Atlantic Gold told its own shareholders that the transaction offered a premium of 41.1% to the company’s last closing price on May 14, and was not subject to a financing condition.

“St Barbara’s C$2.90 cash per share offer delivers an immediate and attractive premium to our shareholders. It not only recognises the value of our current plan for the MRC mine, but rewards shareholders for the future growth and exploration potential that defines MRC as a truly world-class asset,” said Atlantic Gold chairperson and CEO Steven Dean.

Atlantic’s directors, which control a 32% interest in the company, have entered into a lock-up agreement to vote in favour of the transaction.

Meanwhile, Atlantic’s 36% interest in TSX-V-listed Velocity Minerals will be spun out to existing Atlantic shareholders, following the completion of the transaction. Velocity owns the Rozino project, in Bulgaria, which has similar characteristics to the Moose River asset.

“In addition to the cash consideration, [the spin out] provides Atlantic shareholders with ongoing exposure to the Rozino project which we believe has strong value potential. Our team has done a great job of creating value for shareholders and we are very proud of the high-quality gold mine that we have built in Nova Scotia and St Barbara shares this view,” Dean said.

St Barbara on Wednesday told shareholders that it would raise some A$490-million through an underwritten pro-rata accelerated non-renounceable entitlement offer to partly fund the transaction, with the balance of the transaction to be funded by existing cash reserves.

The 1-for-3.1 entitlement offer will be priced at A$2.89 a share, representing a 13% discount to St Barbara’s closing price on May 14, and a 10.1% discount to the company’s theoretical ex-rights price.

The equity raise would see the company issue some 169.7-million new shares.