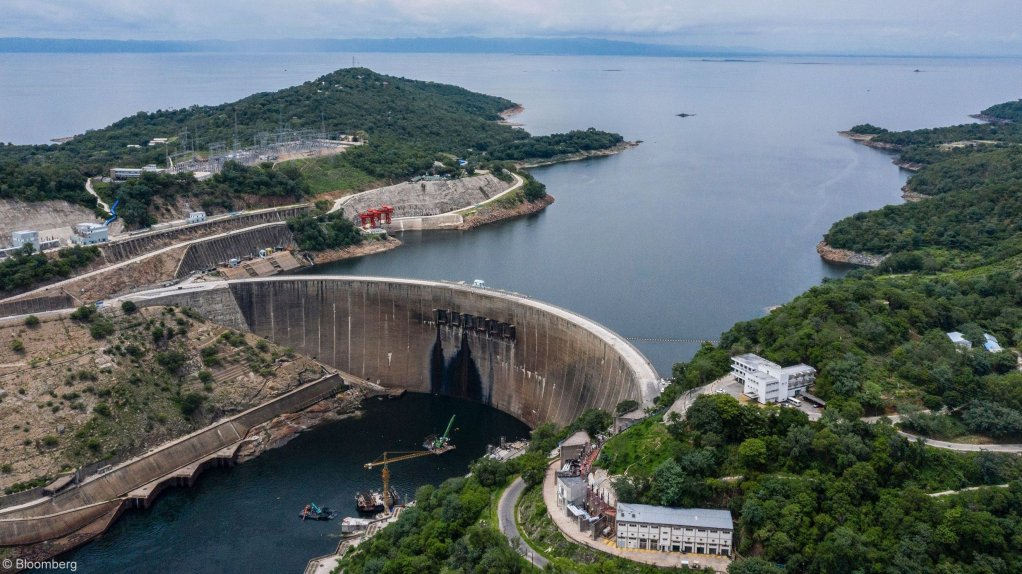 The Kariba dam on the Lake Kariba.

For more than two decades, Zimbabwe has been trying to break ground on a giant coal-power complex by the world’s biggest man-made reservoir. China just agreed to get the $4.2-billion project underway.

The development near the southern shore of Lake Kariba is good news for Zimbabwe, where a collapsing economy and erratic policies have deterred foreign investment for the past 20 years.

But it flies in the face of a growing global consensus that has seen financial institutions from Japan to the US and Europe shun investments in coal projects. That retreat leaves the way open for Chinese companies—many with state backing—even at the risk of undermining the spirit of China’s international commitments to fight climate change.

“We are very pleased that the project is going ahead, especially as major banks in the world are forced to stop financing coal-fired power stations,” Caleb Dengu, chairman of RioZim Energy, the company that owns the project, said in a response to questions. “This is testimony of Chinese commitment to development projects in Africa. The Chinese are interested in joining hands.”

China is certainly in need of friends: A global backlash is building over Beijing’s handling of the coronavirus outbreak first identified in the Chinese city of Wuhan—evidence of a deficit of trust that was compounded by incidents of racism toward Africans in the southern city of Guangzhou last month. Yet pumping money into coal just underlines China’s creeping isolation in backing plants that generate large quantities of greenhouse gases and other pollutants.

For financial institutions, “the ever-increasing reputational risk of funding a project like this, and the high likelihood that it would end up as a stranded asset, should make them very wary of getting involved,” said Tracey Davies, director of Cape Town-based shareholder activist organization, Just Share.

In fact, the Chinese government promised back in 2017 to green its Belt and Road Initiative overseas construction plan to promote environment-friendly development in line with United Nations goals. President Xi Jinping pledged last year that the program must be green and sustainable.

Yet Chinese companies and banks are involved in financing at least 13 coal projects across the continent with another nine in the pipeline, according to data compiled by Greenpeace. Since 2000, the China Development Bank and the Export-Import Bank of China alone have supplied $51.8 billion of finance for coal projects globally, according to the Boston University Global Development Policy Center.

“Despite promises to shift support to green and low-carbon energy, Chinese banks have continued to bankroll coal power projects,” said Lauri Myllyvirta, lead analyst for the Centre for Energy Research and Clean Air, an independent research body. “China has enormous state-owned thermal-power manufacturing and engineering firms that rely on overseas deals to stay in business.”

President Xi regularly mentions China’s commitment to multilateralism through fighting climate change as a signatory of the Paris Agreement. China, however, is unlikely to divest from coal anytime soon. Despite hefty investment in renewable energy over the past decade, China still mines and burns about half the world’s coal.

China has undoubtedly made progress. By 2018, China had exceeded its target for reducing CO2 emissions, Foreign Minister Wang Yi told the UN climate action summit in New York in September. He touted increases in non-fossil fuel use and in forestation along with sales of some 1.25-million electric cars that year. And yet now, as it claws its way out of the pandemic-induced slump, Beijing has started to roll back restrictions on industrial pollution and slash subsidies for cleaner energy.

There shouldn’t be a “one-size-fits-all approach” for green development in poorer nations, but rather the decision should be based on a host country’s natural resources, according to Yu Zirong, a vice director at the Chinese Academy of International Trade and Economic Cooperation, a think tank affiliated with the Ministry of Commerce.

“For countries with rich coal resources, it is impossible to completely forbid them using coal,” said Yu, who spoke at a forum on sustainable Belt and Road Initiative in October in Beijing. “The key is how to use them more reasonably.”

That’s a sentiment shared by Lefoko Moagi, Botswana’s minister of mineral resources, green technology and energy security.  Botswana has Africa’s biggest coal resources after South Africa, according to the government.

“The world is continually looking at coal as a dirty mineral. Make no mistake: we all subscribe to a greener world. But we believe that we just can’t leave an abundance of a god-given natural resource just like that. We need to exploit it more cleanly for the benefit of our communities and the benefit of the nation,” he said in an interview in February. “This is an opportunity for countries like China to come into this space.”

China’s agreement to invest is a rare win for Zimbabwe, which is currently subject to power cuts of as long as 18 hours a day as it doesn’t produce enough electricity to meet demand and can’t afford to pay for adequate imports.

The project was initially owned by London-based miner Rio Tinto, the one-time parent of RioZim, which in turn owns Riozim Energy. It was set aside as Zimbabwe’s relations with the UK, its former colonizer, deteriorated. After the project was revived in 2016, General Electric and a unit of Blackstone Group didn’t pursue initial inquiries, according to Dengu, the company’s chairman.

Power Construction Corp. of China, the state-owned company known as PowerChina, has been contracted to build the first phase of the plant known as Sengwa, which includes a 700 megawatt generation unit, as well as a pipeline from Kariba Dam to bring the water needed and power lines at a total cost of $1.2-billion. Funding is likely to come from Industrial & Commercial Bank of China, while China Export and Credit Insurance Corp., or Sinosure, may provide the country risk cover needed, according to Dengu. Both are owned by the Chinese government.

Repeated calls to ICBC and Sinosure went unanswered. PowerChina said that its overseas coal-related projects will adopt the most efficient technologies to reduce pollution emissions, and will abide by local environmental regulations and standards while aiming to provide stable and cheap electricity supply for host countries.

Last month a deal was signed for the rest of the project, which will add a further 2 100 MW at a cost of $3-billion. China Gezhouba Group, which is partly state-owned, will develop the project and lead fund raising, Dengu said. The company didn’t respond to calls and an email request for comment.

“The Chinese are looking at the business opportunity,” said Dengu. “We bring the market knowledge and management capacity, they bring the finance and the technology.”

Rio Energy had few other options. European banks no longer fund coal projects and over the last year the biggest banks in South Africa have committed to reducing their coal funding under pressure from shareholders. Morgan Stanley and Citigroup are also among those to curb or halt project financing for coal-related projects.

While the Zimbabwean project is sizable among those being considered by Chinese companies, it is not the biggest. PowerChina has signed a memorandum of agreement with South Africa’s Limpopo provincial government to build a power plant of at least 3 000 MW at a cost of $4.5-billion.

Not all are welcomed by local communities.

Sengwa would draw water from Kariba, a reservoir already so depleted by recurrent droughts attributed to climate change that its hydropower turbines operate at a fraction of their capacity. The South African government is facing a lawsuit because coal-fired power plants there cause some of the world’s worst air pollution.

“It’s a fading industry,” said Han Chen, who manages the international energy policy program at the New York-based National Resources Defense Council. “So they are going places where the environmental standards are low so they can use more polluting equipment that is cheaper to operate.” Of 11 coal projects in Africa she tracks that are likely to get foreign support, 10 involve Chinese state-owned entities.

As banks in other countries including Japan and South Korea snub coal, those projects will increasingly rely on China.

“Chinese banks will find themselves increasingly alone in funding new coal plants, both at home and around the world,” said Christine Shearer, director of the coal program at Global Energy Monitor.