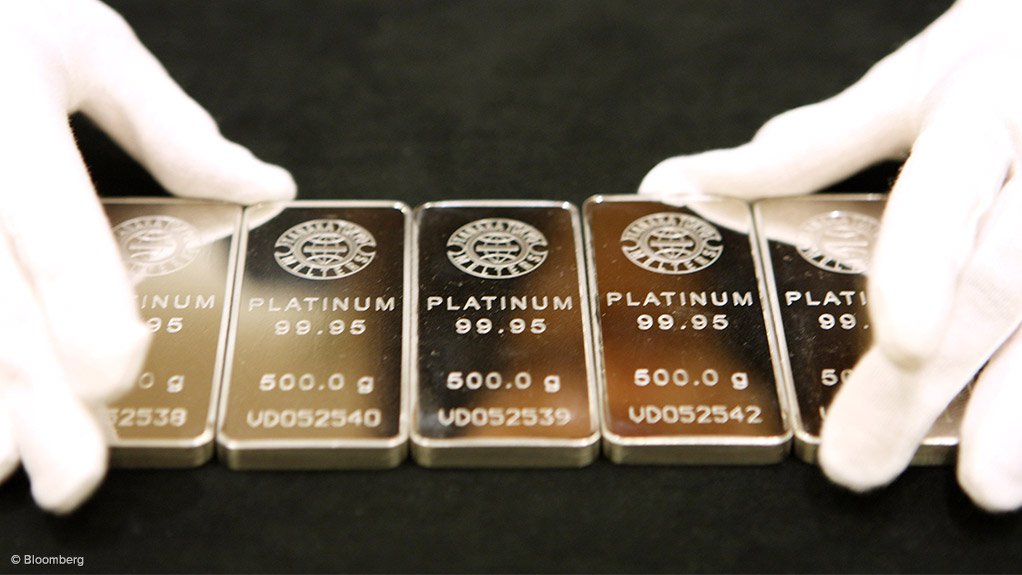 JOHANNESBURG (miningweekly.com) ­– While the Covid-19 pandemic has had a major negative effect on the platinum market — including price, demand and supply — the results for the first quarter of 2020 show the net effect is less than feared, and the outlook for 2020 is better than expected, the World Platinum Investment Council (WPIC) said on Monday, when it published its platinum quarterly for the first quarter of 2020, which also includes a revised 2020 forecast.

While 2020 demand is expected to be 18% lower than in 2019 – on mainly weak automotive and jewellery sales and lower investment demand ­– supply is forecast to be down 13% year-on-year, owing to the material impact of the smelting outage at the new-repaired Anglo Converter Plant, as well as pandemic-related mine stoppages.

Together with that of most equities and metals during March, the platinum price fell by between 10% and 35%, attracting rapid buying attention from China and platinum bar and coin investors.

First-quarter bar and coin investment surged to 312 000 oz, which was more than 300% the quarterly average of 70 000 oz in 2019. This was driven by a jump in bar and coin demand in both Japan and the US, while demand in Europe also increased but from a low base. The increase was largely driven by bargain-hunting following the price fall in March.

Bar and coin investment demand is expected to surge by 115% to 605 000 oz in 2020, at a time of historic platinum price discount to itself, gold and palladium.

The implementation of more stringent automotive emissions legislation is likely to drive demand in 2020.

While total automotive platinum demand is forecast to fall by 14% (-413 000 oz) in 2020, automotive demand in China is expected to increase by 14%, despite the effects of Covid-19. The phasing in of China VI standards for heavy-duty vehicles drives an increase in loadings that outweighs the expected decline in units produced. Similarly, the implementation in India of the Bharat VI legislation in April 2020, is also likely to increase demand for platinum, despite the lockdown restrictions that are currently in place.

“Without warning, and almost overnight, Covid-19 has presented an unparalleled situation for the platinum market, with serious and negative direct effects on demand and supply. However, while these will be the focus of attention for many months to come, we must not forget the other shifting plates that also have the potential to increase demand for, and the value of, platinum. In fact, this demand growth potential is likely to remain long after the Covid-19 pandemic has been resolved,” WPIC CEO Paul Wilson commented in a release to Mining Weekly.

Wilson stated that reducing carbon dioxide (CO2) emissions remained a global imperative and automotive manufacturers in Europe had been preparing for it for several years.

“In 2020, we’re likely to see increased platinum demand as automaker CO2 strategies include the wide range of diesel and diesel hybrid vehicles already on sale and which have higher platinum loadings. Palladium demand growth, unrelated to Covid-19, and its high price maintains the need for platinum to replace palladium in autocatalysts in the world’s two largest passenger car markets, China and North America,” said Wilson.

“Our close relationships with product partners around the world have proved particularly valuable as the pandemic unfolded, keeping us close to market developments and providing us with additional insights. Through them, we are acutely aware of the response in China to the low platinum price, with sales of platinum on the Shanghai Gold Exchange up from an average of 171 000 oz per quarter in 2019 to 455 000 oz in quarter one.

“We believe this to be a prudent value response by long-standing manufacturing participants in platinum, industrial and jewellery, increasing stock levels for short- or long-term benefit,” he said..

“Similarly, WPIC product partners in the US and Japan reported a surge in consumer buying of platinum bars and coins. Our working with these partners has increased awareness of platinum and it is exciting to see such exceptionally strong bar and coin performance. We are pleased to see reflected in the numbers the boom that they are witnessing first-hand in the field,” he added.

WPIC’s platinum quarterly is based largely upon research and detailed analysis by Metals Focus, an independent authority on the platinum group metals markets.

WPIC’s mission is to stimulate global investor demand for physical platinum through both actionable insights and targeted product development.

Platinum demand from autocatalysts has equated to between 36% and 43% of total demand in the last five years.

Platinum’s diverse other industrial uses account on average for 23% of total global demand. Over five years, global annual jewellery demand has averaged 31% of total platinum demand. Investment is the smallest category of platinum demand and also the most variable over the past five years, ranging between 0% and 15% of total demand, excluding movements in unpublished vaulted investor holdings.