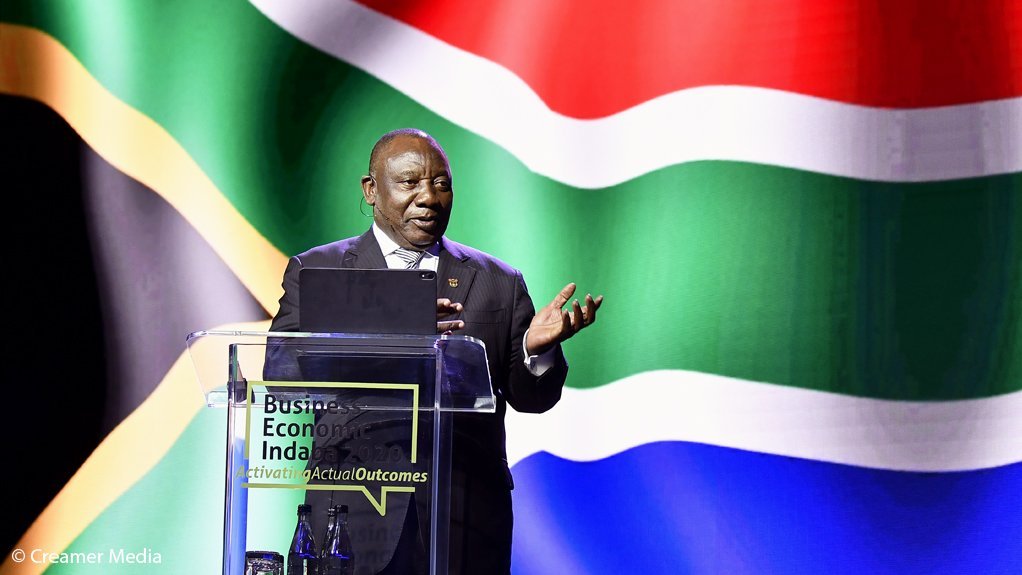 In opening up the economy, social compacts with all key roleplayers would be relied upon to address the key risk factors at workplaces and in the interface between employees and the public.

“We will be finalising a number of sector protocols and will require every company to develop a workplace plan before they reopen,” the President said.

According to these plans, companies would need to put in place sanitary and physical distancing measures and facilities. They would be obliged to screen workers on arrival each day, quarantine those infected and make arrangements for them to be tested. They would also need to assist with contact tracing if employees tested positive.

Because of their vulnerability, all staff older than 60 years of age and those suffering from underlying conditions such as heart disease, diabetes, chronic respiratory disease and cancer should ideally stay at home. Employees able to work from home should be allowed to do so.

Appropriate restart and phasing in arrangements would need to be put in place for every workplace.

Wholesale and retail trade would be fully opened, including stores, spaza shops and informal traders. E-commerce would continue to remain open.

Other sectors that opened previously, such as agriculture and forestry, utilities, medical services, food production and manufacture of hygiene products, would remain fully opened.

To ensure that physical distancing was maintained, certain high-risk economic activities would remain prohibited. These included:

The return to work would be phased in so that the workplace could be made ready to respond to the virus and the risk of infection avoided and reduced.

The tourism, hotel and restaurant industry had made several proposals, regarding the measures they intended to put in place when their sectors were opened and consideration was being given to the proposals.

There were many companies, the President said, that had gone beyond what was required by regulation to support the coronavirus response, including those like mining which already provide screening, testing and even isolation facilities for their employees.

He added that government was supporting and funding several research projects, including a plan to manufacture coronavirus vaccines locally as soon as candidates were available. Skills, expertise, infrastructure and organisations within the vaccines industry would be used to produce and distribute the vaccine. Should a vaccine be developed anywhere in the world it should be made freely and equitably available to citizens of all countries, the President advocated.

Discussions were under way with larger employers on how they could make quarantine facilities available for their workers.

One of the greatest challenges faced with the move to Level 3 – which would enable the return to work of up to eight million people – was the increased risk of transmission in public transport.

“We need to have a partnership between commuters, taxi and bus operators, business and government to keep our people safe," the President said.

Commuters would always need to wear masks, to wash their hands before and after they had travelled and avoid touching their faces with unwashed hands.

Commuters would also need to keep a safe distance from other commuters. Taxi and bus operators would be required to observe the regulations to be announced by the Minister of Transport, including ensuring that their vehicles were regularly sanitised. A number of businesses had advised that they were looking at ways of reducing congestion on public transport, including through staggering working hours and providing transport for employees.