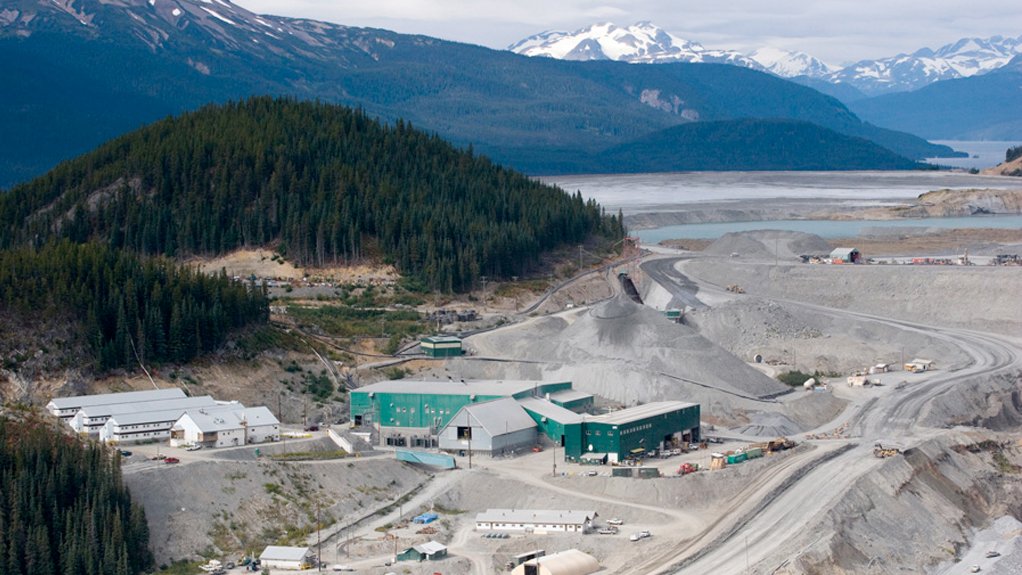 Imperial stated that an interest expense of $46-million mostly contributed to the income loss reported for 2019.

Imperial sold 70% of its interest in Red Chris to Newcrest in August last year for $804-million. The mine was classified as a discontinued operation from January 1, 2019, pending the transaction’s close with Newcrest on August 14, 2019.

Exploration activity was ongoing around the Red Chris mine, with 17 500 m of drilling completed in the Gully and Fast West areas in 2019. Results from the Gully zone in January this year returned mineralisation including 304 m grading 0.2% copper and 0.44 g/t gold.

Imperial’s wholly-owned Mount Polley mine ceased operations in May last year, with year to closure date production totalling 3.8-million pounds of copper, 10 619 oz of gold and 11 119 oz of silver.

In the year under review, the Mount Polley mine incurred idle mine costs comprised of $7.8-million in operating costs and $3.1-million in depreciation expense.

The company’s Huckleberry mine also remained on care and maintenance since a shutdown in August 2016. Activities at the mine have since been focused on water management, snow removal in winter to maintain access and maintenance to site infrastructure and equipment.

Imperial has developed a preliminary plan to restart the mine, for such time when the economics of mining improve. Meanwhile, the company will develop exploration programmes to expand the resource.

In the year under review, the Huckleberry mine incurred idle mine costs comprised of $4.9-million in operating costs and $800 000 in depreciation expense.

Jogmec funded the 2019 drill programme and earned the assignable right to be vested in a 7.96% participating interest in the JV. Imperial’s interest has been reduced to 45.29%, Mitsui’s interest to 28% and Itochu’s interest to 18.7%.

The partners will complete a comprehensive review for the mine this year, using geophysical and geologic information from the last two years of fieldwork. This should guide future exploration work at Ruddock Creek.