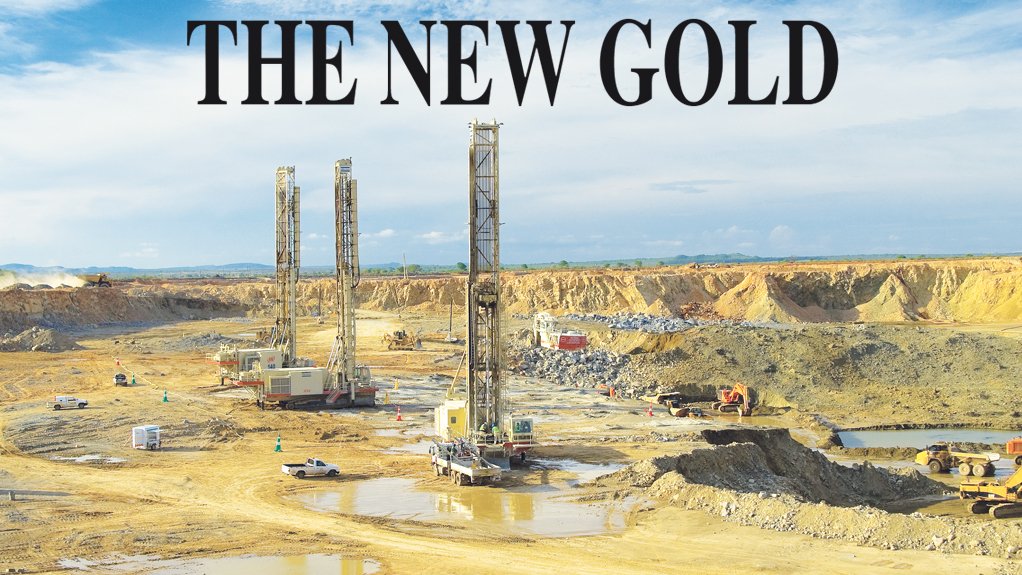 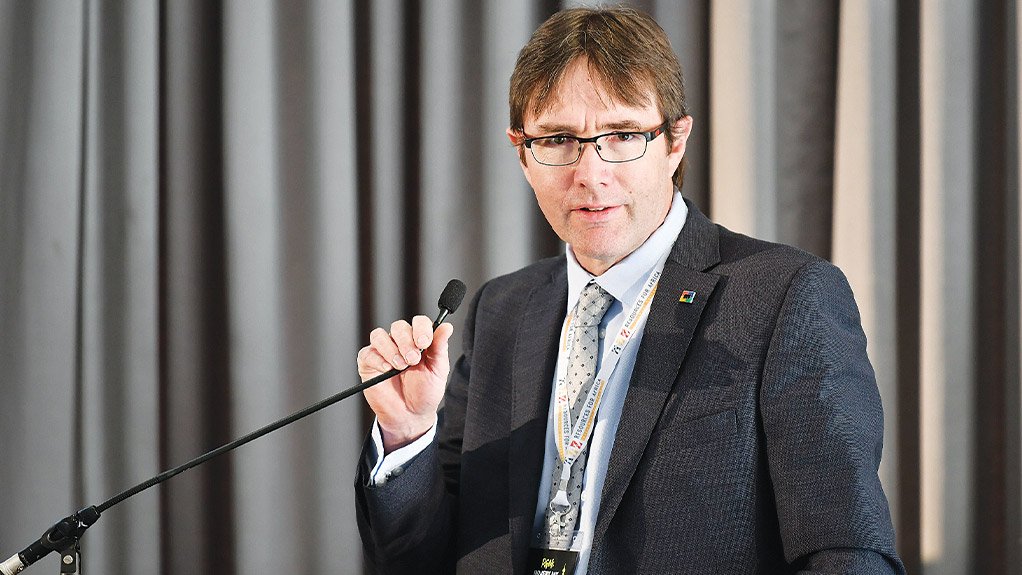 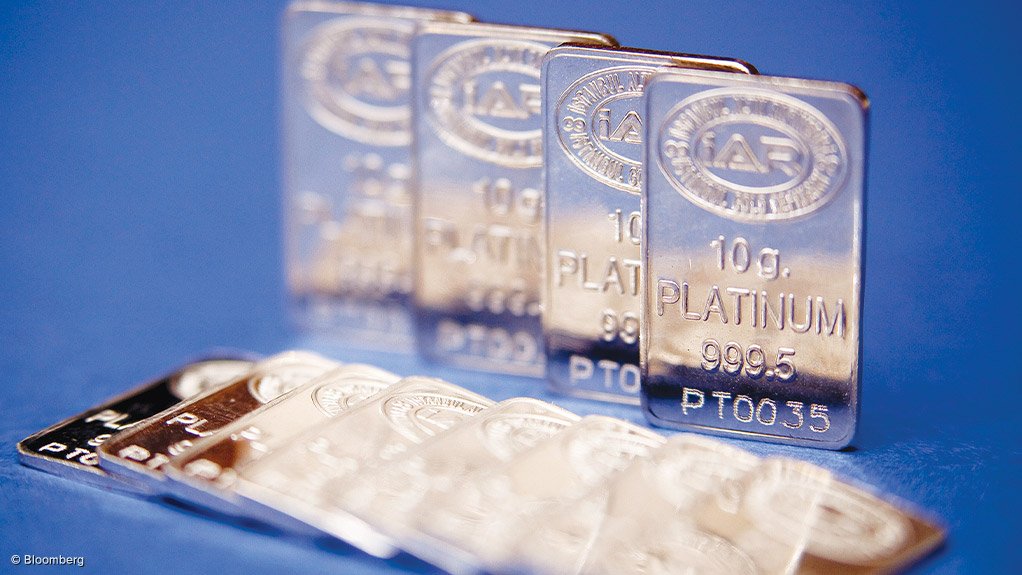 Photo by: Bloomberg
MASSIVE POTENTIAL Platinum could become the most dominant metal in South Africa in the twenty-first century

With the too-high economic cost of a lost opportunity looming, immediate measures are required to assist the platinum group metals (PGMs) mining sector to improve its viability and preserve employment.

This is the intent behind the industry’s new South African National Platinum Strategy, with its most optimistic scenario the creation of more than one-million jobs and a contribution of R8.2-trillion to South Africa’s economy by 2050.

“Platinum would be the dominant feature of South Africa in the next century, as gold was in the last century. It really has that potential,” he says of the mooted achievement of the ‘high road’ scenario mapped out in the new platinum strategy.

Unlocking sales of $35-billion a year by 2050 would mean that the platinum mining sector could add as much value to investment, exports and gross domestic product as the gold mining sector did in the twentieth century.

Failure to achieve the so-called high road, or best case, scenario – fully realising the potential of PGMs – will cost the country 188 057 additional direct mining jobs by 2050, $23-billion in lost platinum production in 2050 alone and lost sales and exports, as well as the loss of other associated or peripheral opportunities.

This would be catastrophic for a sector already struggling to emerge from its current crisis mode with a current threat of nearly 90 000 job losses; however, Baxter believes it is possible to revive the once prodigious sector.

The diesel emissions scandal has negatively impacted on the sales of diesel cars in Europe and consequently on demand for platinum, while battery electric cars, which do not require PGMs, remain a threat to existing demand.

At current prices and costs, more than 60% of South Africa’s PGMs mining industry is lossmaking, necessitating short-term solutions, such as cutting back investments and increasing restructuring efforts, which may have harmed the sector’s long-term ability to generate the highest value for South Africa.

PGMs production in 2016 decreased to 8.5-million ounces, valued at R96.5-billion; however, with margins, on average, negative, the industry posted an aggregate loss.

Last year, the sector produced about 259 t of platinum, exported about 89% of the metals produced, earned about R96-billion in revenue, paid employees R48-billion in earnings and contributed R900-million in royalties.

Just over a decade ago, in 2006, the PGMs mining industry in South Africa employed over 200 000 people and produced 9.9-million ounces of PGMs, valued at R65-billion, with margins above 30% and capital expenditure of nearly R20-billion.

“Simply stated, the very viability of the platinum mining industry is under serious stress,” Baxter says, noting, however, that the industry remains a significant resource for South Africa.

The country had already benefited significantly from PGMs mining between 1980 and 2015, with the production of 221-million ounces of PGMs, valued at R1.2-trillion.

The South African National Platinum Strategy, if adopted, could prevent further erosion of the sector’s economic capacity and ensure that the world’s largest PGMs resource realises its full value, he says.

The scenarios presented in the new strategy indicate that, at the current muted industry trajectory, the PGMs industry would generate revenues of $11-billion in 2050.

A strong PGMs mining industry, actively investing in market development and supported by government to ensure that the platinum price reflects platinum’s value in use, could generate revenue of $35-billion in 2050.

The strategy, developed by the platinum Leadership Forum, made up of ten platinum company CEOs, outlines three possible scenarios regarding the economic and transformational potential of the PGMs sector in South Africa from 2016 to 2050.

The worst-case scenario, dubbed in the strategy document the ‘bumble along’ scenario, shows zero yearly growth in PGMs supply, a value of $168-billion in produced PGMs and a total direct employment decline to about 132 000 by 2050.

This is attributed to flat or declining global PGMs demand, limited market development and loss of market share in key sectors, in part owing to the dominance of electric and petrol cars – at the expense of diesel cars and platinum fuel cell electric vehicles (FCEVs) – as well as a decline in jewellery demand and other industrial applications.

The next scenario, or ‘low road’, is characterised by short-term action and intervention by the South African Reserve Bank, but a lack of stakeholder alignment remains, which will limit investment in market development.

“Prices appreciate, adding short-term value, but mining supply and global demand remain flat, and the struggle with declining productivity and rising costs continues, along with declining employment, lower capital expenditure and further strain on the economy,” the strategy outlines.

In the ‘high road’ scenario, strong leadership, bold action and coordinated cooperation between all South African stakeholders result in a recovery in short-term viability and increased collaborative investment in market development, with support for the FCEV strategy as a long-term aim.

Achieving a ‘high road’ scenario would enable the South African PGMs mining sector to mine 260-million ounces of platinum between 2016 and 2050 and, even with a slower increase in employment owing to gradual modernisation, direct employment in the mining sector would rise to 376 135 employees by 2050, with another 639 430 indirect jobs created.

This means that total employment by the PGMs mining industry would be one-million people by 2050.

To achieve this ambition – and demonstrate the importance of the strategy – all stakeholders will need to align to undertake bold and clear actions.

The document highlights the necessity to develop a clear and succinct strategy, published by a public–private steering committee, that provides the rationale and motivation required to implement bold initial action.

The steering committee should include the relevant government departments and industry leadership, with all stakeholders agreeing on the critical need to promote PGMs, increase demand on a global scale and develop and implement a proper strategy for South Africa.

The election of a full-time industry champion, supported by small leadership teams, can drive the achievement of the strategic vision and realise the full potential of South Africa’s PGMs mining sector.

The teams will drive specific advocacy and market development processes.

Comprehensive advocacy and brand strategies for the PGMs mining sector should also be developed and a yearly review process established.

The document further proposes the identification of opportunities for short- term interventions that are aligned with long-term strategic goals, including market development in all platinum and PGM demand segments and a specific focus on FCEV market share growth.

Five key areas of focus are suggested: a commitment by government to match funding by the PGMs sector on market development in jewellery, investment and fuel cells; a national platinum reserve asset strategy, with the South African Reserve Bank supporting the World Platinum Investment Council in its engagements with the International Monetary Fund and the Brics countries of Brazil, Russia, India, China and South Africa to ensure platinum is adopted as a reserve asset; a national strategy to drive investment demand for platinum; a national platinum fuel cell strategy to boost the hydrogen economy; and immediate measures to assist the PGMs mining sector to improve its viability and preserve employment.

Finally, the platinum strategy recommends the development of a plan punctuated by milestones to ensure its effective implementation.

“It requires deliberate strategies, funding and partnerships. Growing the support for existing platforms will drive significant positive demand growth. It is about building the platinum mining brand in South Africa and a shared vision that all South African’s can subscribe to.”