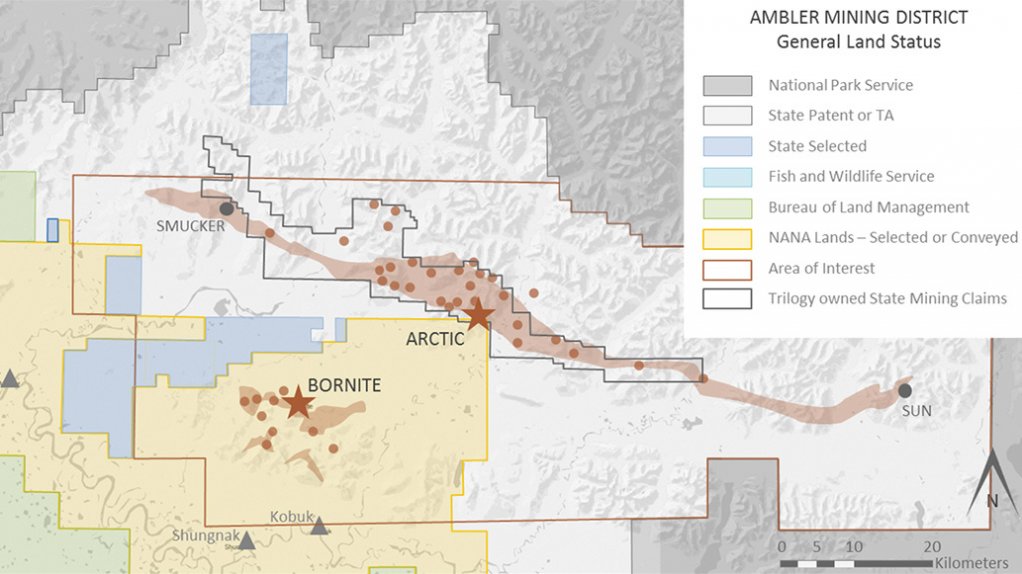 Canada’s Trilogy Metals and Australia’s South32 have completed the formation of their 50:50 joint venture (JV), named Ambler Metals, focusing on projects in the US state of Alaska.

Ambler is an independently operated company controlled by Trilogy and South32 through a four-member board, the directors of which were named on Tuesday.

Gowans has experience in Alaska, having worked for Cominco where he oversaw the completion of a feasibility study and the subsequent design and construction of the Red Dog mine. He then operated the Red Dog mine for three years following its commissioning. Madhavpeddi's career in the mining industry spans more than 30 years, including CEO of CMOC and senior VP of Phelps Dodge, which is now Freeport-McMoran.

Collins is based in Vancouver and prior to his role as chief development office, he was head of corporate development of South32. Risner is the president of the Hermosa project, in southern Arizona. He is an experienced mining operator, having worked in technical, planning and operational roles in the US and Australia.

As part of the formation of the JV, Trilogy contributed all its assets associated with the 172 675 ha Upper Kobuk Mineral Projects, including the Arctic and Bornite projects, while South32 contributed $145-million, resulting in each party owning a 50% interest in Ambler Metals.

The funds will be used to advance the Arctic and Bornite projects, along with exploration in the Ambler mining district.

A 2018 prefeasibility study for the project describes the potential technical and economic viability of establishing a conventional openpit copper/zinc/lead/silver/gold mine-and-mill complex for a 10 000 t/d operation. On average, the Arctic project will deliver payable production of 159-million pounds of copper, 199-million pounds of zinc, 33-million pounds of lead, 30 600 oz of gold and 3.3-million ounces of silver over its life-of-mine.

The JV forms part of South32's strategy to expand its portfolio in North America.